So after the winter upgrades lasted all winter, all spring, all summer then back into autum the civic was out for its 1st time in race conditions, how did it go....something like this.

Our objective was to have a trouble free day NAILED IT.

Neil had got us a lovleh surprise oh yes he got us a massage lady yes lady not one of those things from thailand to help prepare for the challenge ahead.

So to quli, the track was really damp on and off the racing line so didnt expect much as its a whole new car and have only driven it once in the dry.

15 mins isnt alot of time when you have to do a pitstop compared to others that didnt need to stop as they were single drivers but hey ho our choice. The result. When i pitted we were around 4th so with a rapidly drying track over to Mr T who only went and stuck that 21year old civic on pole position against all the odds.
Drama part 1- mistake on our part we under estimated the weight difference between me and Kam so when he got weight checked we were under by 13kgs. Normaly not an issue is club racing slap on wrist make sure your over for race. Untill the team that runs a japanesse touring car with the unlimited budget didnt like be 2nd to the old dog and went to the clarke of the course paid 300 pounds yes 300 pounds to protest the dicision. The outcome a time penalty, a grid penalty, a back of the grid start no start from the f ing pit lane start. After that there was a whole lot of shouting f ing and jeff ing go on rediculous that someone would pay that much money in a club series with no points to be had. So one thing for it time for a massage.

We added the weight then set about game faces. Me, Dad, Neil and Kam spoke about stratergy for the race and it spelt oh crap im starting from the pits lane not having raced in a year with stone cold tyres as i wasnt aloud on the green flag light either so starting 18th and from the pits lets see what happens so rolling start the pack come flying by at what seems 300mph the marshall waves me out and i saw this at the bottom of paddock hill bend

Yes the people that protested over cooked there start and spun all the way down the hill till they got buried in the gravel right up to his bum.
My delight was so much as you can imagine i fist pumped the air a few times only to look up and notice i punched my lonacre mirror and smashed it. This brought out a safety car for 3 laps so now turn the power steering on and get those tyres hot as this is going to get crazy.
Safety car turned its lights out gave the harness another tug and done what beefy said and just drive through them. What resulted was in my 13 minuite stint i drove the car all the way upto 5 place before i pitted i was gaining on the leaders then got the wave to pit. Handed over 2 Mr T.
He left off were i started and off like a scalded cat. He rw enterd the track in 7th due to people not taken there stops.
He went on and passed two more putti g us to 3rd before closing a 10 second gap to 1st and 2nd place. He got on there bumpers but struggle to make a hole. 2 laps in from the end a complete idiot back marker let the other 2 through and slammed the door on kam half way throug druids, so kam pushed on him but now meaning we wernt on the back of the leaders. They pulled about 2 second gap on Kam. So with 1 lap to go kam opened the taps and and got within half a second but run out of time and got home in a amazing 3rd place overall on the podium. Way beyond what we thought could happen.

Conclusion -fastest quli lap P1
Started from pit lane.
Had fastest pre pit stop lap
Finished in 3rd place
Had fastest lap of the race
And got to stick a finger up to all the hatters.

Thanks to dad, neil, beefy and colin ( wingco) for helping make it a great day.

Yes was a day when i wanted to bite a head off a few people but i kept my cool . To the race its strange when you are standing with other race car families shouting for their driver and yours as they come round the track. Did i enjoy watching the w anchors go in the gravel I leave it to others to say. The drive from the pit lane through the field was something to see both drivers new what was needed and both delivered. The condition were not great but they made the best off them . What Jay failed to say was in the pre pitstop section he was only just off the front runners times and they had clear air when he was having to deal with passing cars that didnt want him doing so . 3 cars in one lap then 2 mini copper S one up to druids the other down graham hill. I tip my hat to you son. Mike and Linda will never be allowed in again. So apart from the weight crap the civic was the fastest car in quali / near fastest pre pit stop bar a bit and the after pit stop post the fastest lap. As he says not bad for its age. Thanks for those that came and supported us
Top

I can’t add any more to the write up both Jamie and Dick have said in their posts.
It was a privilege to be there and see some great driving by Jamie and Kam, something I will never forget. I took my camera but I have to say I was so focused on watching the race I didn’t take as many as I might have done, but I did get a sequence of advents that led Dick to become a 2 year old again (good on you Dick)
I would like to say thank you to everyone who always makes you feel welcome, that’s just not the people we know but there other half’s and family’s, a true motor racing team .

Now the advents that lead Dick to show the drive the name on his coat. Snodhurst Garage

Well done to Team Snodhurst, great drive from both, a shout out to Carl, who just cracks on with doing what's needed. Shame about the politics, arseholes and games people play, its everywhere. Great result at the end of the day. A couple of images below. 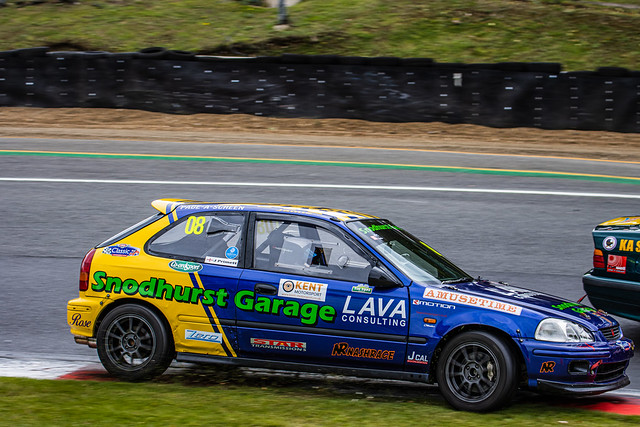 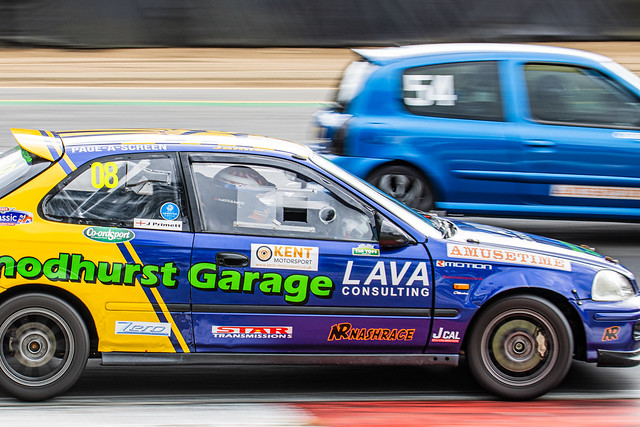 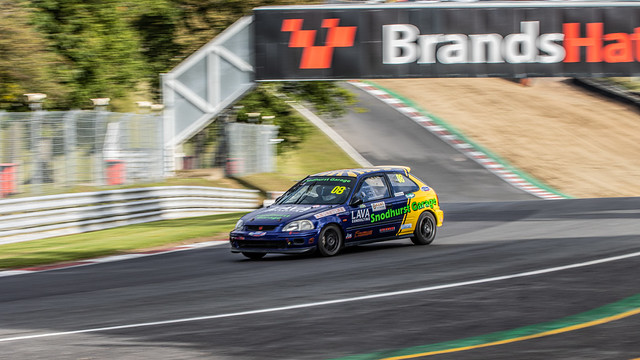 Brilliant write ups and a great result. Well done to all of you

Why on earth would anyone complain about that, let alone pay £300 for the privilege!!

Nice! That’s sets the tone for the season, great result despite the Vettel like sportsmanship of the other team... speaking of which, fab pics of the spin

Users browsing this forum: No registered users and 4 guests